German BFE+
Special unit to help in the fight against terrorism
in Germany
- ENGLISH VERSION -
Translated with www.DeepL.com/Translator (free version) 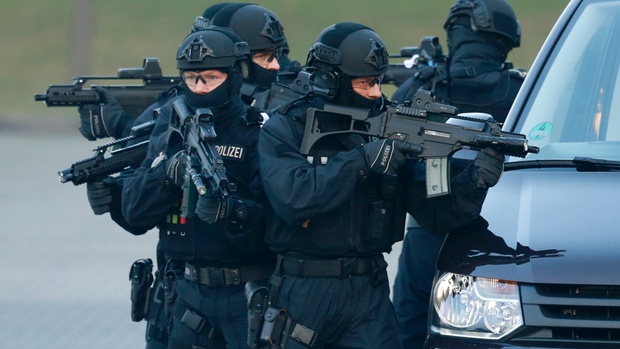 The BFE+ for "Beweissicherungs und Festnahmeeinheit +" which could be translated as "Arrest Unit +" is a unit ready for prolonged manhunt actions and support to the Police, the SEK and the GSG9 in case of a terrorist attack.

Indeed, the terrorist risk is real on the German territory:

- Western Responses to the Risk of Terrorist Attacks -
>>> Click Here <<<
For years, this one has taken on different faces:

Solutions have been found and these units have adapted to them:

It is in addition to the existing BFEs, which are units specialized in the arrest of dangerous individuals and are attached to the riot control units. The existing BFE differ from the SEK and GSG9 in their judicial missions because they support more the big events at risk (soccer matches, demonstrations and riots) 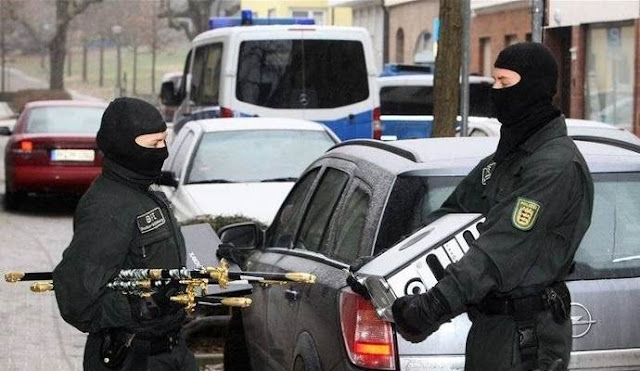 as well as in the investigation of organized crime and drugs... 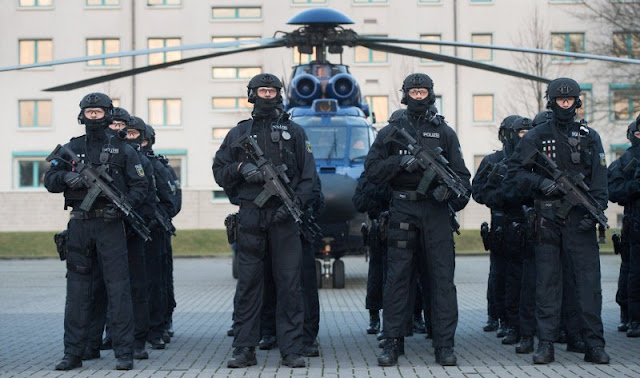 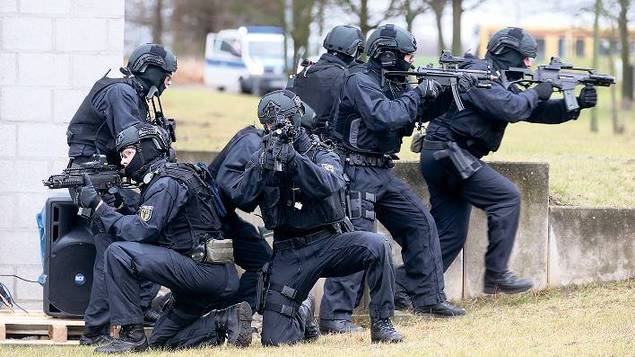 A team of more than 40 members is currently
in place in BERLIN. 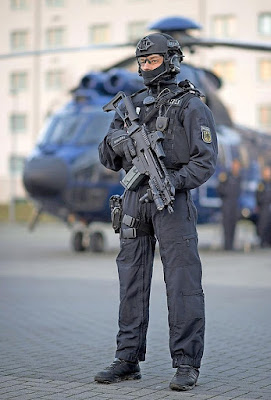 Equipped with machine guns, ballistic equipment and armored cars, they can intervene very quickly in Berlin and its surroundings. 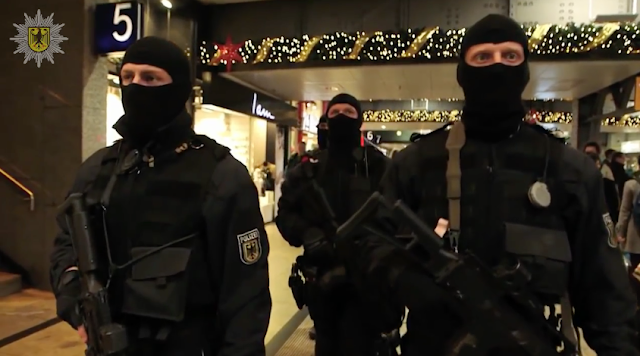 One of their missions is to patrol and intervene in places where terrorists could strike such as shopping malls, train stations or other public places... 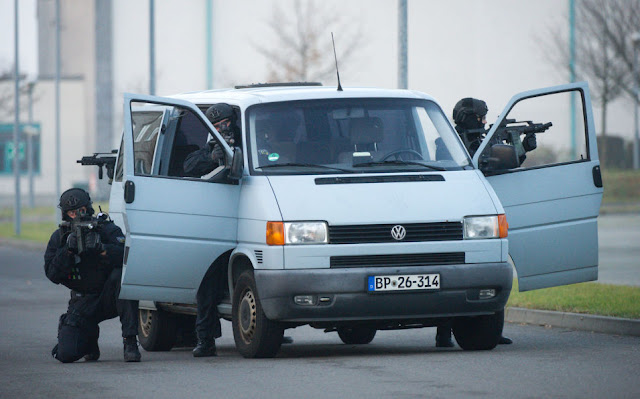 These units will be the first responders in support of the local police in the event of a terrorist attack, as France has done with the PSIG Sabre and the GIGN regional branches. 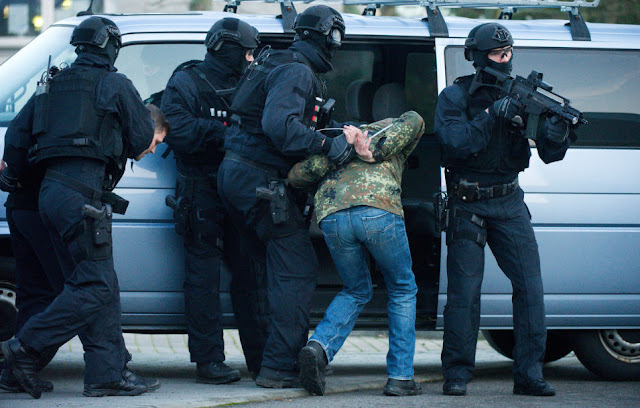 In 2016, additional BFE + units were created, mobilizing 250 men and women to complement the GSG9 and SEK units in each German state. 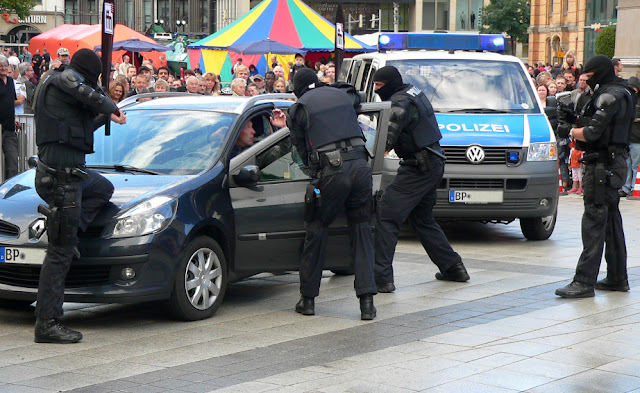 One in the center of Germany, 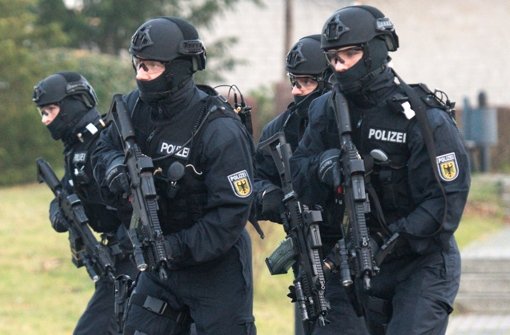 another one in BONN, 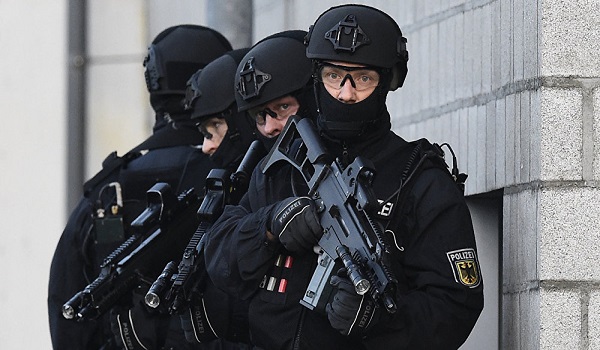 Anoter one in BAVARIA 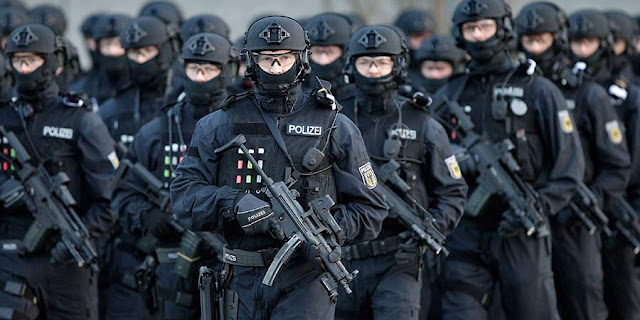 and a another one in NIEDERSACHSEN. 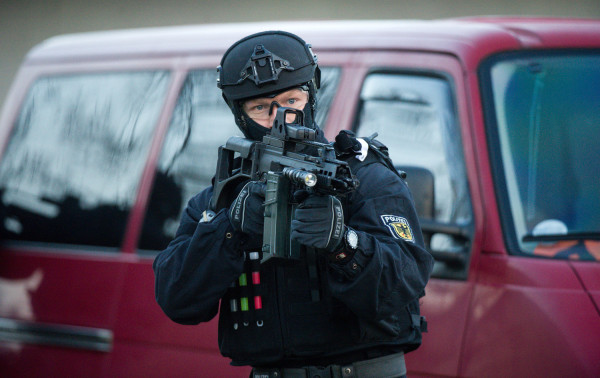 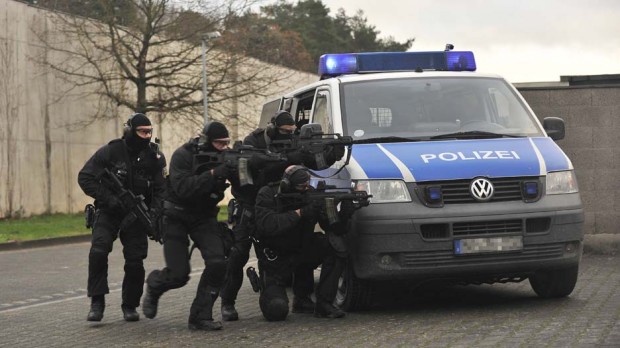 Their regular training allows them to be ready at all times and they also participate in life-size simulations of terrorist attacks to evaluate and improve their skills. 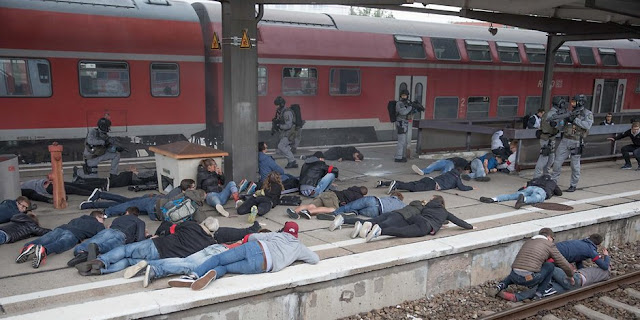 Training of Members of BFE+  in Lichtenberg le 25/09/2017
as here at Lichtenberg station in Berlin in September 2017: 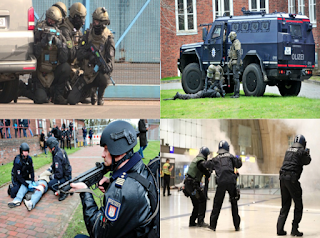 Here are some videos: 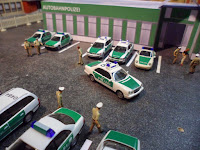 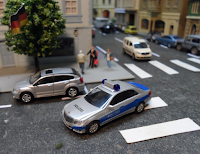 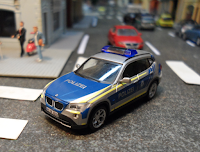 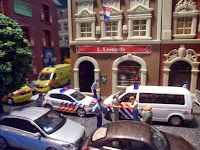 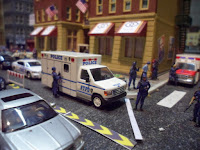 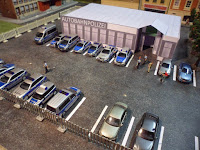 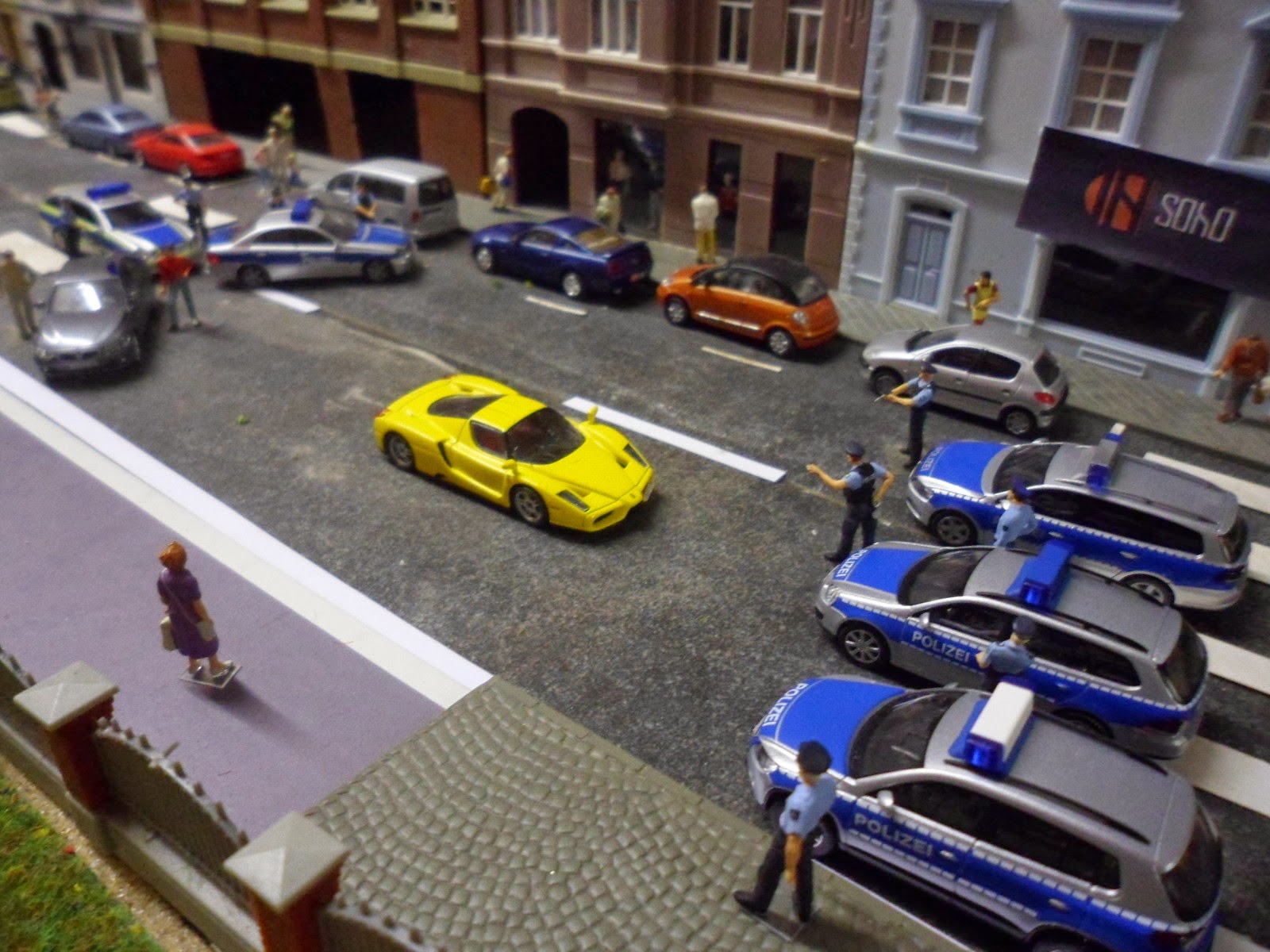 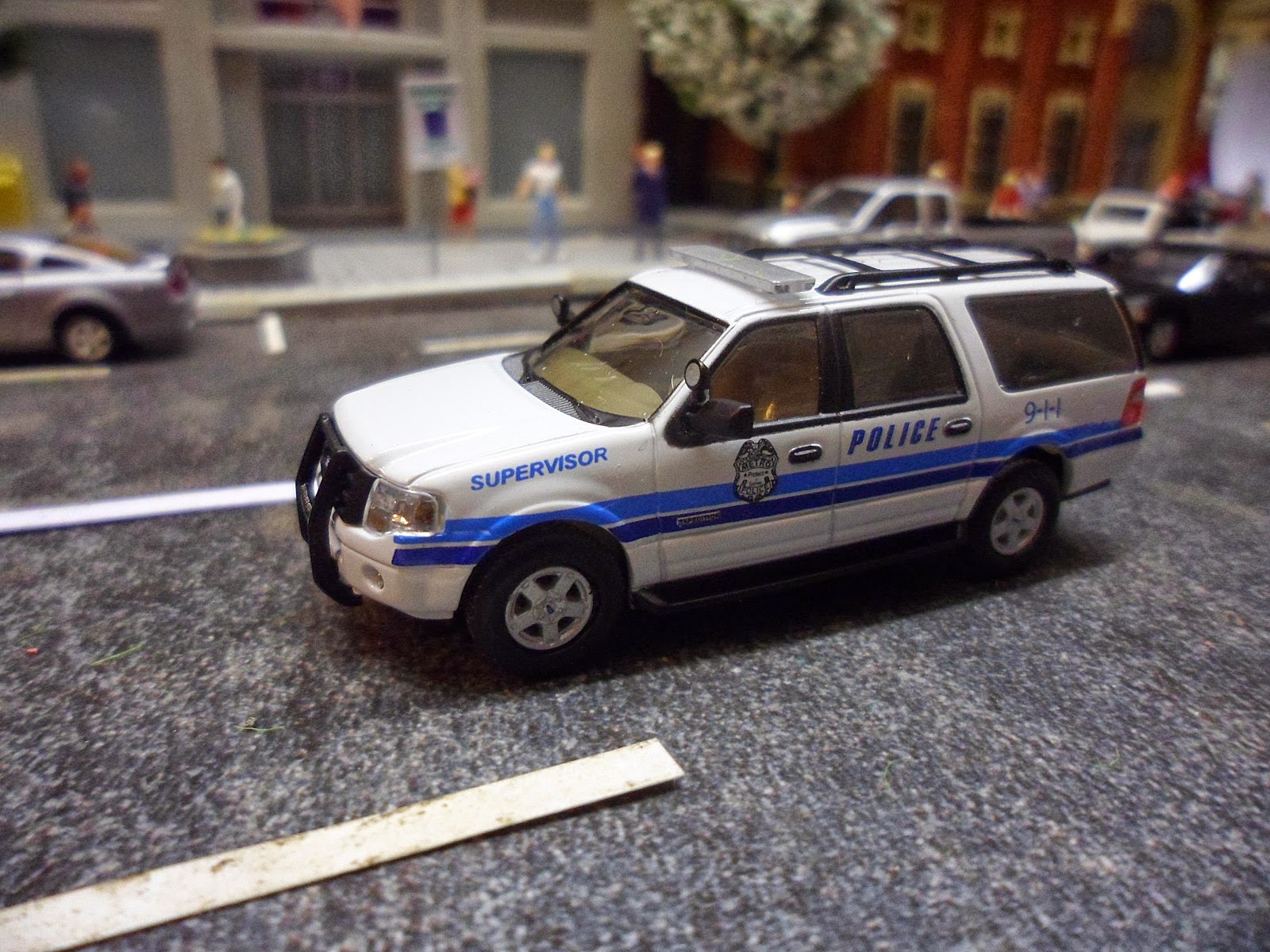 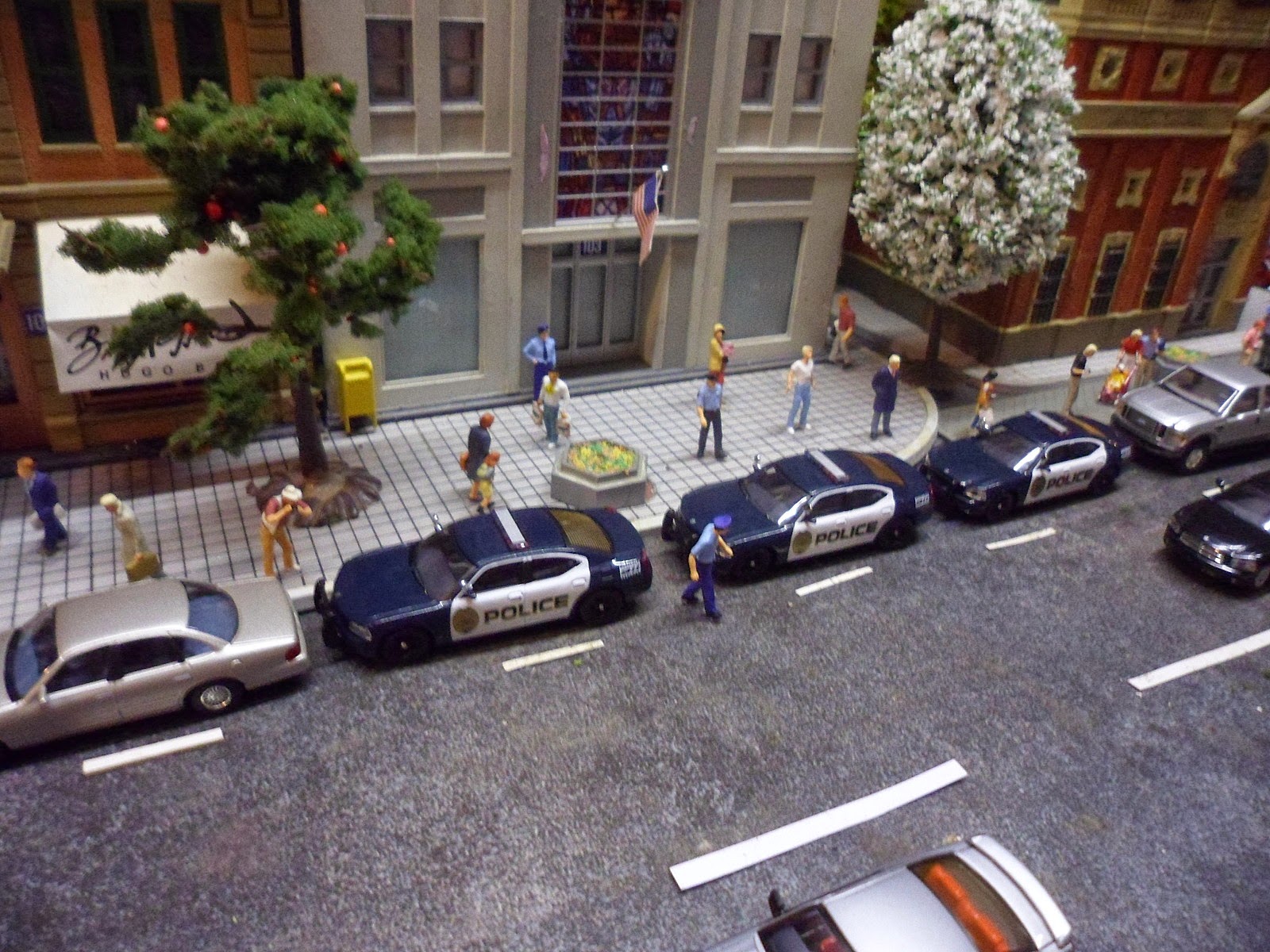