In 2009, a unit of the German Federal Police called "Polizeiliche Schutaufgaben Ausland" (PFA BPOL), which could be translated into English as " Police protection tasks abroad ",  was created to protect German diplomats abroad.  Since 2013, the GSG9 trains the PFA BPOL. 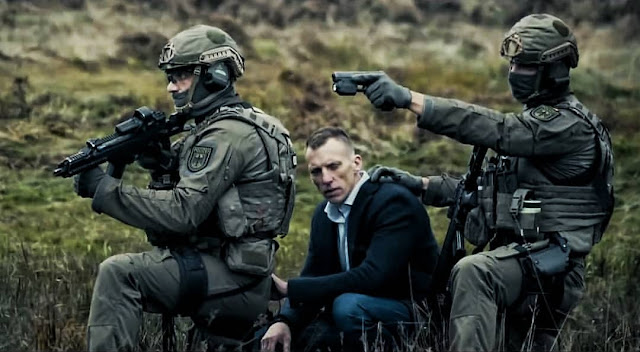 Exercise of PSA BPOL members
Indeed, it has been demonstrated that it is necessary for ambassadors, as well as for important people coming to meet officials in countries at war or in grey zones (zones recognized as dangerous) to have over-trained and over-equipped personnel. 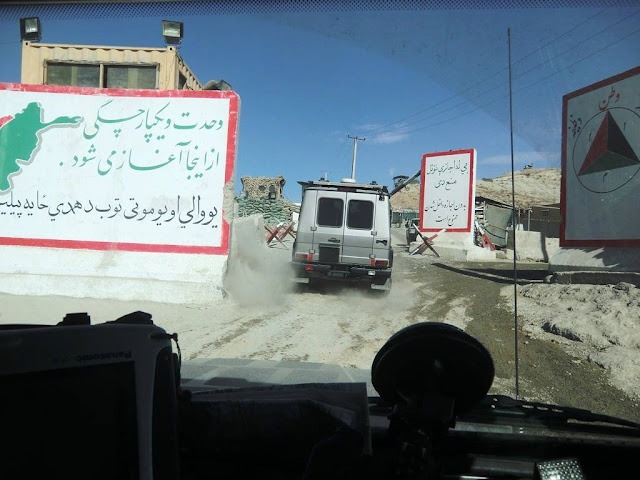 PSA BPOL escort in Afghanistan
These personnel are active in Afghanistan, Iraq, Libya, Mali and Yemen, as well as in Colombia and Lebanon and other countries considered dangerous for German diplomatic personnel. 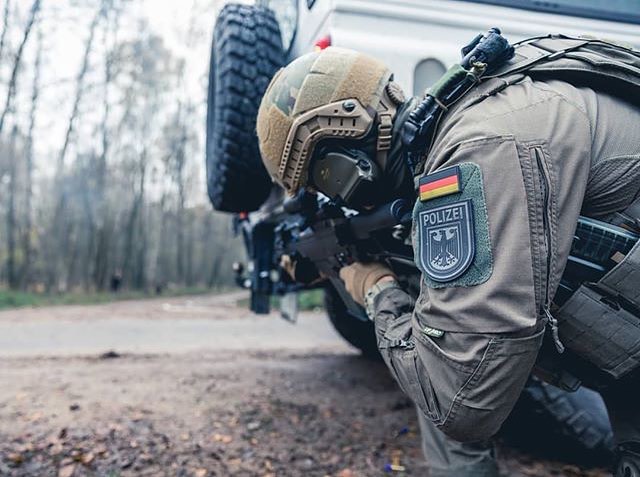 Training of a PSA BPOL member
Members are sent on Overseas Operations for a period of 3 months before being replaced by a new team. 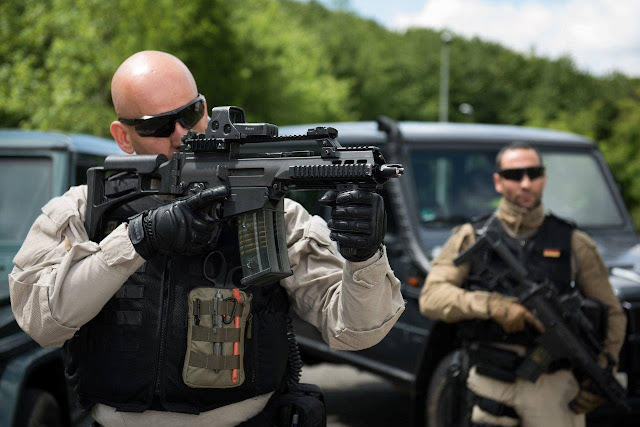 Illustration of two members of the PSA BPOL
Trained as well in shooting as in armored car escort, its members were selected on physical and psychological criteria. 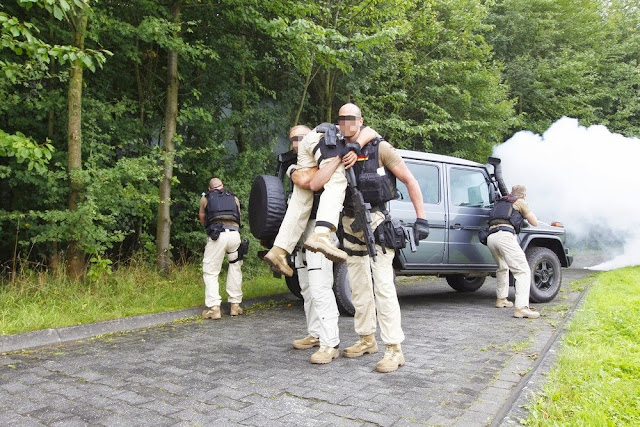 Training in 2015 of PSA BPOL members
After a period of more than eight years of experience in the Federal Police service, they can apply for membership in the PSA BPOL. 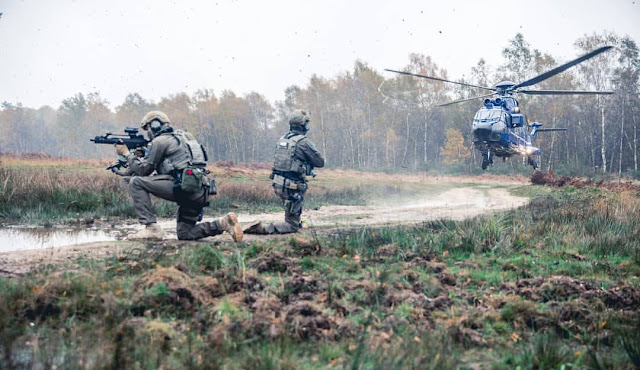 Bundespolizei helicopter training for PSA BPOL members
They intervene beforehand to analyze the places where the German VIP visits will take place, then during the visit. 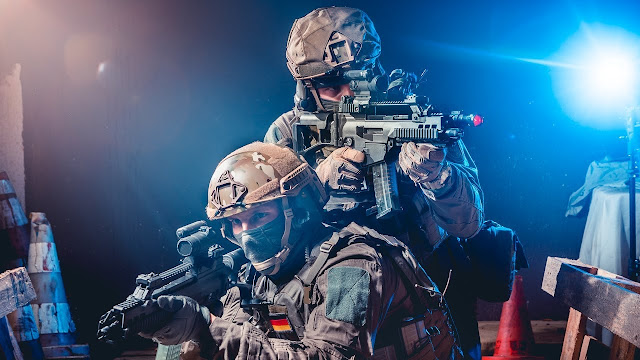 Illustration of two members of the PSA BPOL
In connection with the local authorities, they can be prepared for any eventuality. 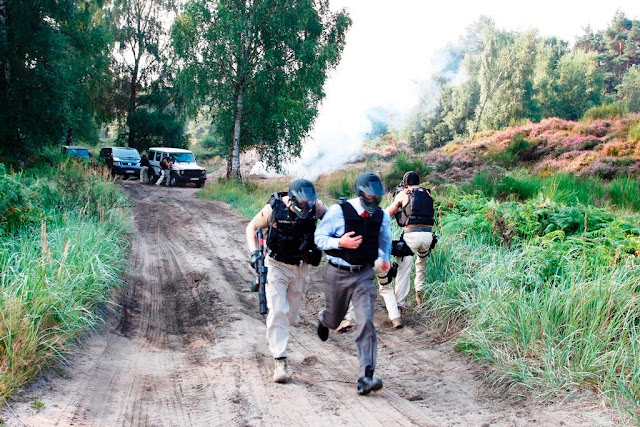 Exercise "Black Griffin" in October 2015 in Germany of different western services
of "Close Protection Team"
For this purpose, training and refresher courses are regularly held, as shown here during a training session in 2015 with various international diplomatic protection services. This workshop for the CPT (Close Protection Team) included the "Spezialeinheit BSB der niederländischen" of the Koninklijke Marechaussee for the Netherlands, the "österreichischen EKO Cobra" for Austria and the "Mobile Security Deployments" (MSD) for the USA. 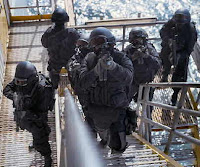 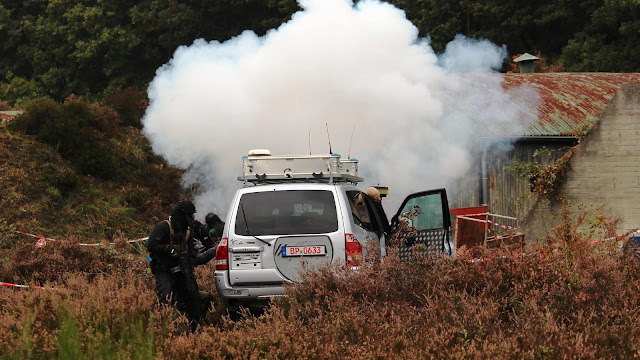 Exercise "Black Griffin" in October 2015 in Germany of different western services
of "Close Protection Team"
These exchanges of experiences and procedures allow these units to better perceive all kinds of risks and reactions to have to defend themselves and evacuate the personality to protect. 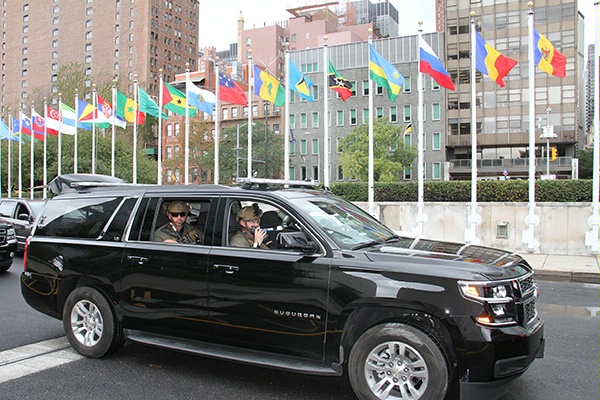 MSD members in September 2015 at the United Nations General Assembly.
The Americans use their Mobile Security Deployment units to protect their diplomats around the world, or in the U.S., depending on the arrival of foreign diplomats who could be targeted by a major risk. 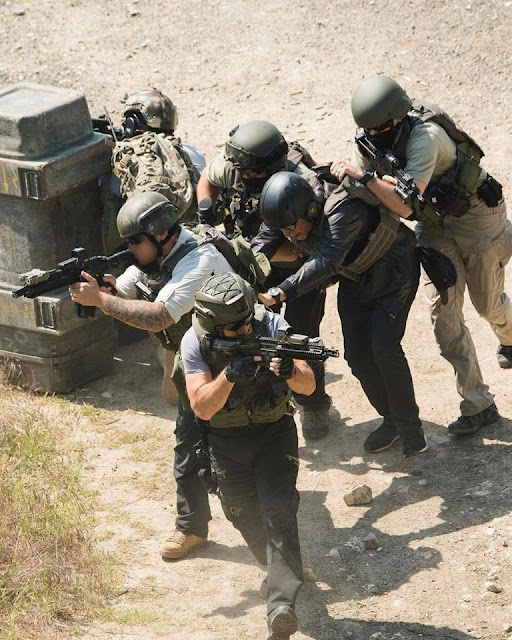 Exfiltration Training of the GIGN FSP members
France has this type of unit within the GIGN. This one is called the "GIGN FSP" and is also sent in this type of difficult areas.

PSA BPOL patch
Previously under the "Directorate 4" of the BundesPolizei, since September 2017 they have been grouped together in the "Directorate 11"( which is written in German "Direktion 11") of the German Federal Police, which includes many federal directorates: of the "Bundespolizei Fliegergruppe" (Service whose members ensure safety in aircraft), of the "Besondere Schutzaufgaben Luftverkehr" (special air traffic protection service of the Federal Police), the "Entschärfungsdienste" (bomb disposal service), the "Einsatz und Ermittlungsunterstützung" (deployment and investigation support service of the Federal Police) and the "GSG9".

Here is a promotional video
of the PSA BPOL

On these videos, you will see the "Close Potrection team" (CPT) of the HEER, the German Army