The PSMP of the National Gendarmerie - English Version

The PSMP of the National Gendarmerie 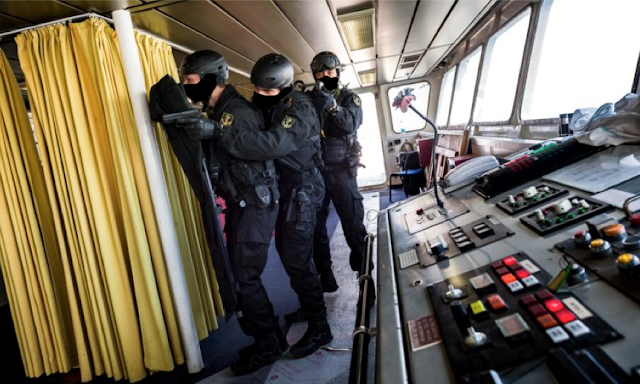 Training on a boat of gendarmes of a PSMP
The "Pelotons de Sûreté Maritime et Portuaire" (PSMP), in English: Maritime and Port Security Squads, are elite units of the Gendarmerie, specialized in maritime interventions and in French harbor. 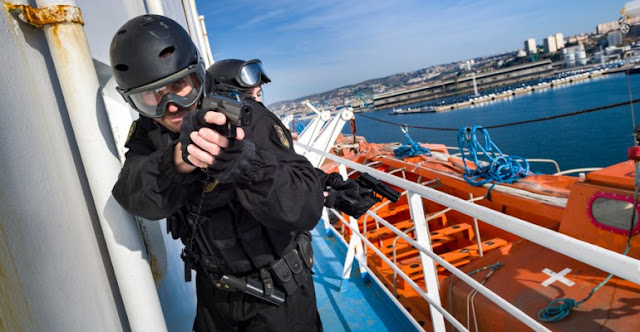 Training on a boat of gendarme of a PSMP
Born from an international agreement following the attacks of September 11, 2001, the missions of the "PSMP" are multiple:
protection against terrorist actions, 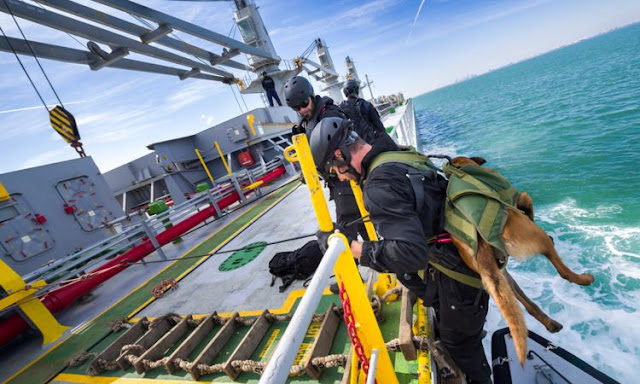 Boarding with a PSMP dog handler
the contraband, 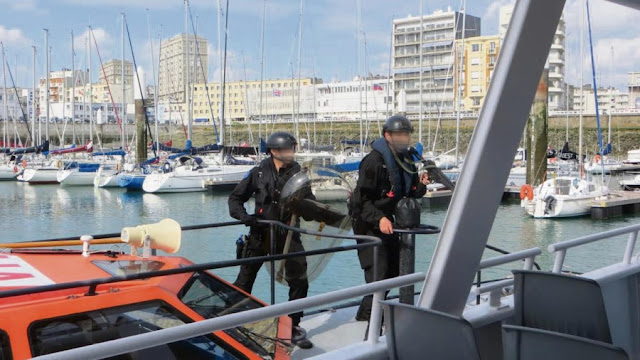 Training on a boat of gendarmes of a PSMP
illegal immigration, 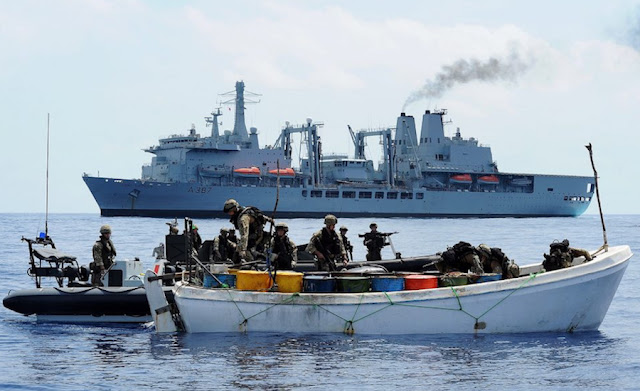 Pirate arrest by the US Navy
against piracy, 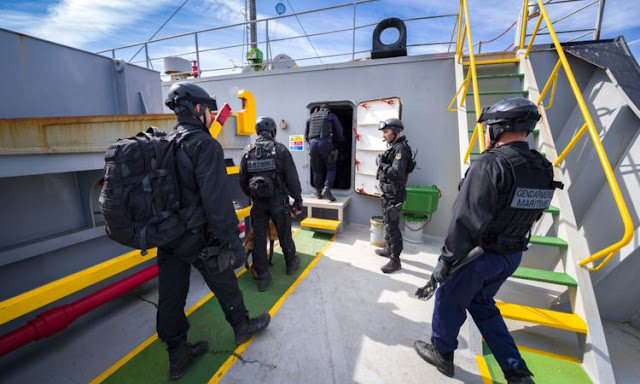 Inspection in the boat
and malicious acts ... 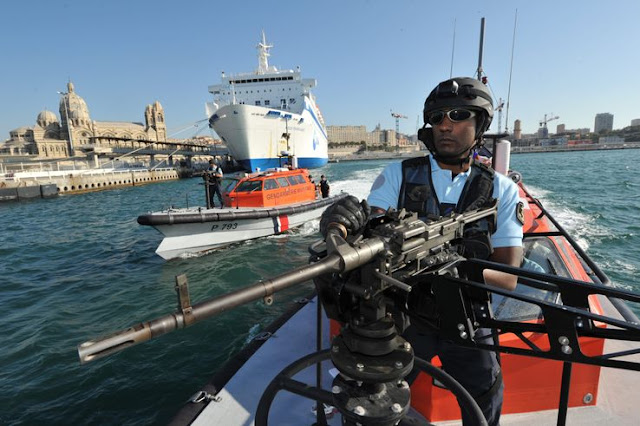 PSMP Patrol
The PSMP are qualified "ESPADON", qualification for the interventions at sea and on the quays like some PSIG of the Gendarmerie, which are qualified "SABRE".

- PSIG SABRE -
>>> Click Here <<<
Indeed, the risk of terrorism is always present on the whole territory:

- Western Responses to the Risk of Terrorist Attacks -
>>> Click Here <<<
For years, this one has taken on different faces:

Solutions have been found and these units have adapted to them: 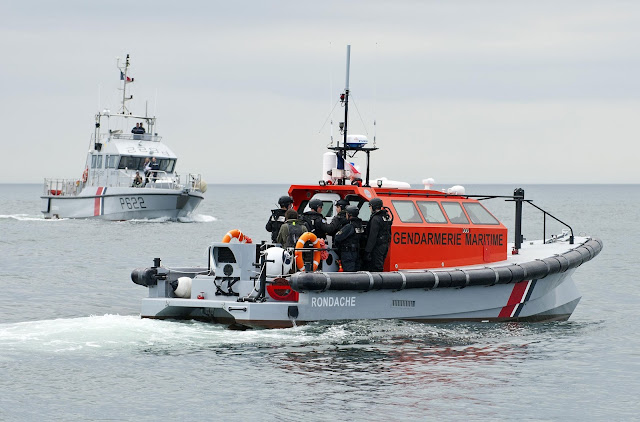 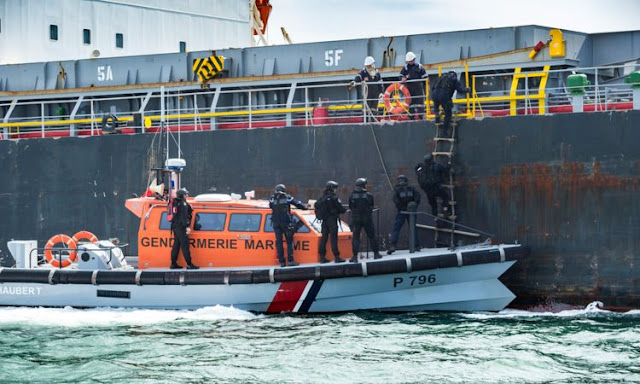 Boarding a boat
Their training allows them to have an important knowledge of interventions on different commercial ships, oil tankers, cruisers, or ferries. 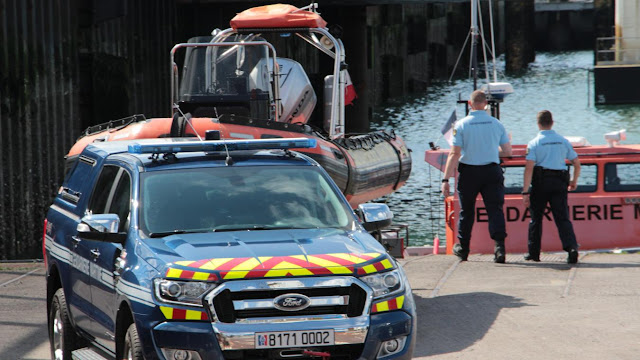 These units come from the Gendarmerie because of their land and maritime competences, depending on the Maritime Prefect and the Prefect of the department to which they are attached. 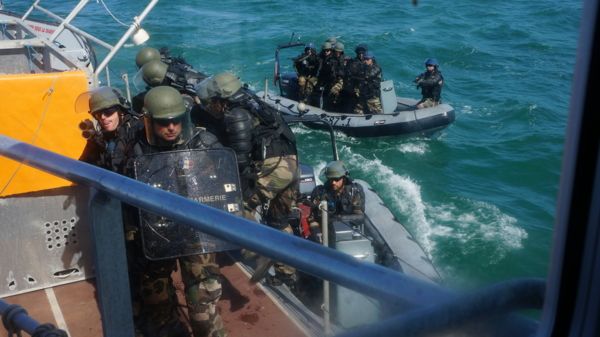 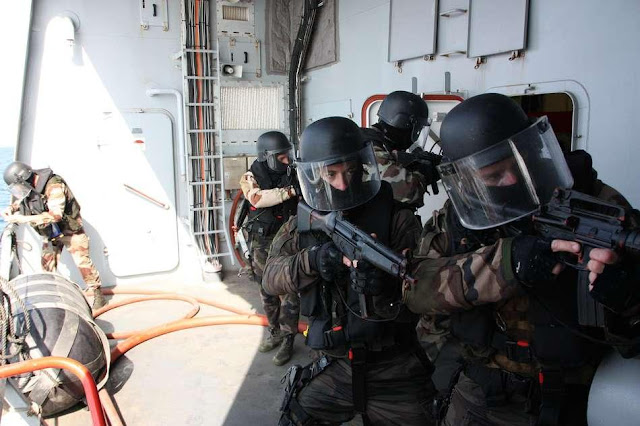 Marine Commando during training on a ship.
On terrorist risk interventions, they are the first to arrive in the face of a threat. They can be supported by other police and gendarmerie forces, as well as by marine commando units specialized in maritime intervention: 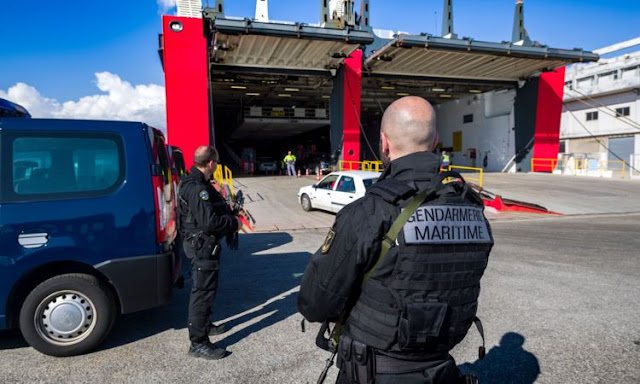 Supervision at the Port of Marseille
They can be found in different ports such as Marseille, Le Havre, Dunkirk, St Nazaire in 2018, and Calais in 2019, and intervene randomly in other ports. 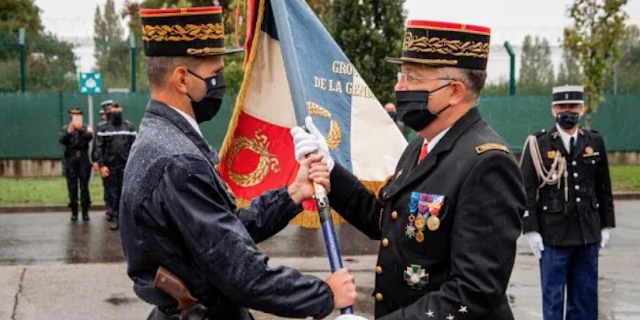 This defense plan is part of this increase in military intervention forces with the reorganization of the GIGN New Generation, with 1,000 gendarmes, announced by the Director General of the Gendarmerie, Christian RODRIGUEZ, when the new General of the GIGN, Ghislain Réty, took command in October 2020.

- The Rise in power of military intervention units in democracies: -
- The French Case with its Gendarmerie Nationale -
>>> Click Here <<< 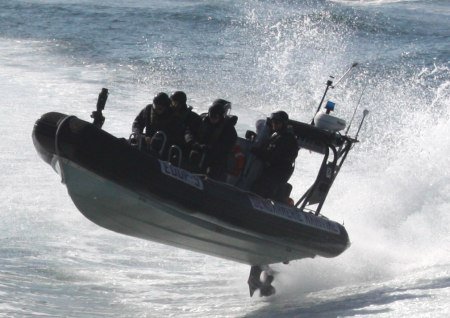 Gendarmes of a PSMP in action... 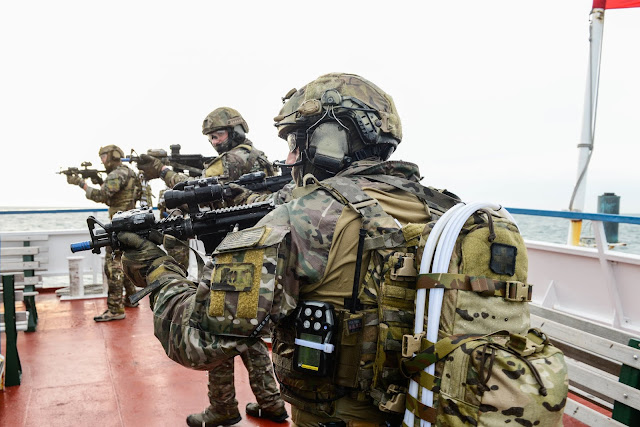 MSRT members in progress during MSRT training in October 2015.
The Americans have units called MSRTs which are part of the US Coast Guard. They intervene on all the American marine and port areas. 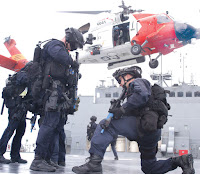 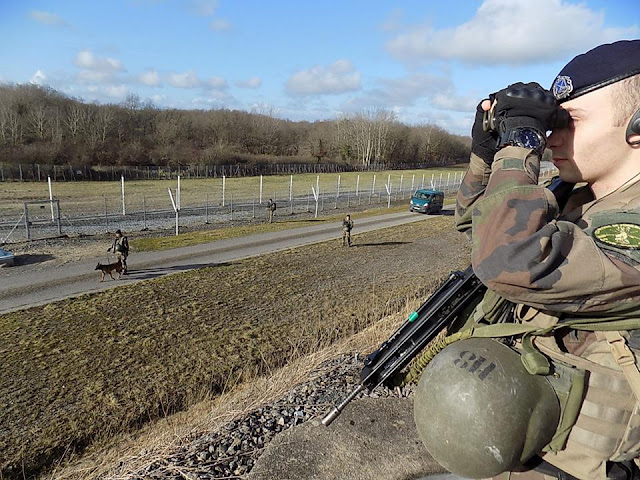 Commando riflemen in charge of the protection of the ZDHS of Rosnay in INDRE
It should also be noted that sensitive military sites are permanently protected on ZDHSs 7 days a week and 24 hours a day.

Other specialized units
of the National Gendarmerie: 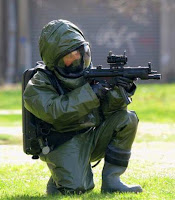 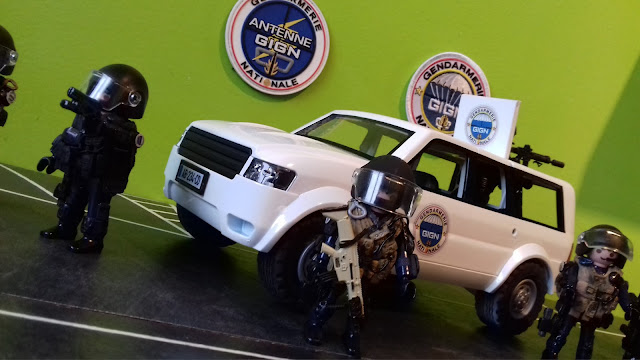 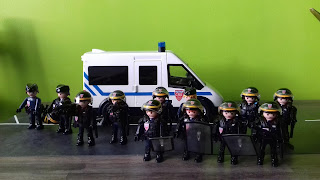 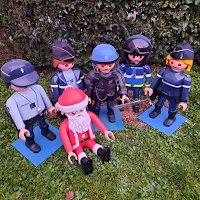